and tags, as close as possible to the opening tag. Creation Date: 08/19/2015 -->
FacebookYouTubeInstagram 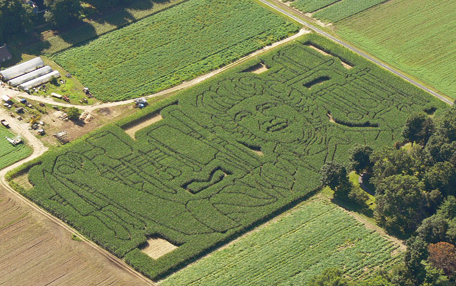 Julia was, hands down, our most popular guest star. She was featured on NPR’s Weekend Edition, American Public Media’s Splendid Table, Vanidades magazine, and in the August/Sept. 2007 edition of Saveur magazine as well in the Boston Globe and a mention in the New York Times. Ristorante DiPaolo, The Blue Heron, and Bub’s Barbecue featured some of their gustatory treats at the Corn Cafe on selected weekends in honor of Julia. Mmmm. 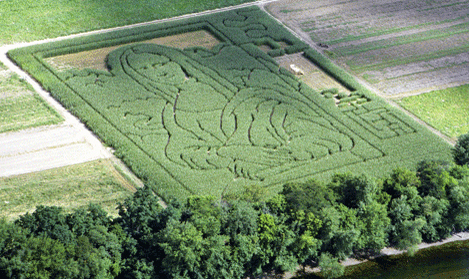 What our visitors are saying

…. there’s just something about Warner Farm that brings out the happy in folk…Go here and make delightful memories for you and yours.

It is a big maze with lots of fun for all mini games to play hidden throughout.  We all enjoyed it very much.

I just wanted to send along to you and Mike’s Maze a huge THANK YOU from the team at MassMutual, for hosting such a great event at the Maze. Everyone truly enjoyed themselves, and we all look forward to doing it again next year!

We had so much fun today with our kids, ages 1 and 3. We did the whole maze, the 3 year old took a pony ride, they did the kid maze, pet the goats, and we had a delicious lunch with cider donuts to finish. Couldn’t have been more perfect!

It’s a working farm where they grow pretty much everything that can be grown in Massachusetts, including the coolest corn maze ever… Every year, the maze features a game that goes along with the theme of the maze. So you have fun, get lost, and learn about whatever the crazy minds over at Mike’s Maze have dreamed up.

Wes B. via Yelp

Went there with my two year old. Went on the wagon ride, played in the corn pool, played with the sheep, and picked out his and daddys pumpkins! Staff were so nice!!!

The kids had a fantastic time and the teachers cherish opportunities like this when we can spend time with our students in a more relaxed and fun way than what happens in school.  Thank you also for the pumpkins!

Amherst Regional Middle School
Search our website
Follow Us!
Please no Pets or Outside Food
For the safety and comfort of all our guests. No pets are allowed. Except for our special Dog Walker's Weekend. No outside food, except by special arrangement for private groups. Our Corn Cafe has a wide assortment of food, snacks, and beverages available for purchase.
UA-63034728-1